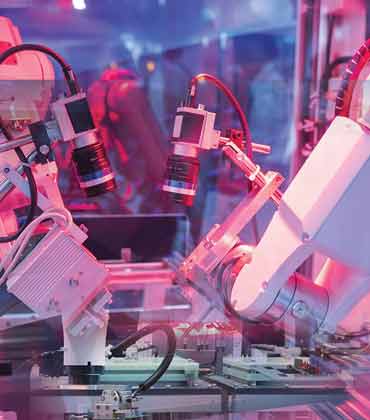 Fremont, CA: Genome editing, also called gene editing, is a set of technologies that enable scientists to alter an organism's DNA. These technologies enable the addition, removal, or modification of genetic material at specific points in the genome. There have been numerous ways to genome editing developed. CRISPR-Cas9, which stands for clustered regularly interspaced short palindromic repeats and CRISPR-associated protein 9, is recent. Because it is quicker, cheaper, more precise, more capable than other genome editing technologies, the CRISPR-Cas9 system has sparked much curiosity in the scientific community.

CRISPR-Cas9 is a genome-editing mechanism that developed naturally in bacteria. Bacteria can "remember" viruses thanks to CRISPR arrays (or closely related ones). CRISPR arrays are DNA segments created by bacteria that pick fragments of DNA from invading viruses. If the viruses resurface, the bacteria synthesize RNA segments from the CRISPR arrays to assault the viruses' DNA. The bacteria then employ Cas9 or a similar enzyme to rip the virus's DNA apart, rendering it inoperable.

In the lab, the CRISPR-Cas9 system operates similarly. A little piece of RNA with a short "guide" sequence that connects (binds) to a specific target sequence of DNA in a genome is created by researchers. The RNA interacts to the Cas9 enzyme as well.

The modified RNA recognizes the DNA sequence, just like bacteria, and the Cas9 enzyme cuts the DNA at the desired spot. Although Cas9 is the most commonly employed enzyme, other enzymes (such as Cpf1) can also be used. Researchers use the cell's DNA repair mechanism to add or delete fragments of genetic material or modify the DNA by substituting an existing segment with a tailored DNA sequence after the DNA has been cut.

Genome editing is a hot topic in the field of human illness prevention and treatment. The majority of genome editing research is now conducted utilizing cells and animal models to better understand illnesses. Scientists are still determining whether or not this method is safe and effective in humans. It's being studied in single-gene diseases like cystic fibrosis, haemophilia, and sickle cell disease. It could potentially treat and prevent more complex conditions like cancer, heart disease, mental illness, and HIV infection.

When genome editing, such as CRISPR-Cas9, is utilized to change human genomes, ethical considerations arise. Most genome editing's effects are restricted to somatic cells, which are cells other than egg and sperm cells. These modifications only affect specific tissues and are not passed down from generation to generation. Changes to genes in sperm cells or eggs or the genes of an embryo, on the other hand, may be handed down to future generations. Germline cell and embryo genome editing are now forbidden in many countries due to ethical and safety concerns.

An Overview of Next-Generation Sequencing