Amid such a demanding scenario, oligonucleotides demonstrate tremendous promise for difficult to treat conditions. However, achieving safe and effective delivery of oligonucleotides into cells and tissues is a major roadblock in unlocking its therapeutic power.

This is where Exicure is a panacea for complex genetic and non-genetic neurological diseases. The biotech company is developing the next-gen oligonucleotides using their spherical nucleic acid (SNA) platform technology, targeting RNA to overcome the ongoing limitations.

In liaison with an experienced panel of researchers, the company has been constructing an array of immunomodulatory and gene modulating drugs since 2011. Its dedicated 30,000 sq. ft. facility has rapid, automated, and high throughput screens for identification and synthesis of highly-potent oligonucleotides. The passionate Exicure team is investing heavily in in-house discovery and development efforts. It has many tried and true technologies to perform downregulation, upregulation, and splice modulation of disease-causing genes, through different modes of actions.

Building on all these capabilities, Exicure is currently undertaking the preclinical development for treating neuropathic pain.

Exicure: Tapping the Power of Oligonucleotides for Therapeutics

Following the screening of thousands of potential therapeutic candidates, the expert team has identified several promising compounds targeting SCN9A encoding gene for Nav1.7, a sodium channel protein that is key in pain signalling.

Intended to achieve favorable clinical outcomes, the Exicure team experimented with SNA, which are 20 to 25 nanometers in size, with a benign lipid nanoparticle scaffold at the centre and oligonucleotides decorating the outside. SNAs exhibit a sea urchinlike structure that demonstrate improved uptake into cells compared to linear oligonucleotides.

The improved uptake of SNAs into cells was discovered to be driven by scavenger receptors, a widely and conserved receptor across human cell types and species. Upon testing with different neuronal/brain cell types, the Exicure team observed favourable biodistribution and huge uptake that ultimately paved the way for Exicure to pioneer the nucleic acid platform technology for neurological diseases.

With an in-depth expertise in nucleic acid chemistry, drug development, and neuroscience, we are unlocking the potential of innovative nucleic acid therapeutics

Substantiating the Exicure’s SNA platform capabilities is one of its early developments of clinical drugs, cavrotolimod, a SNA-based toll-like receptor-9 agonist. The immunostimulating activity of the drug was investigated for treating the rare skin cancer, Merkel cell carcinoma, which received orphan drug designation by the FDA. Because of its immune stimulating effect, the utilization of cavrotolimod in combination with other cancer drugs holds promise in cancer treatment.

With sights set on expanding the research pipeline, Exicure has undertaken a couple of partnerships. Since 2019, the company has been collaborating with AbbVie for treating hair loss disorders and IPSEN, targeting Huntington’s disease and Angelman syndrome. Building on their in-depth experience in oligonucleotides chemistry and therapeutics, Exicure is set to bring SNA drugs from concept to the clinic at a rapid pace of transformation. 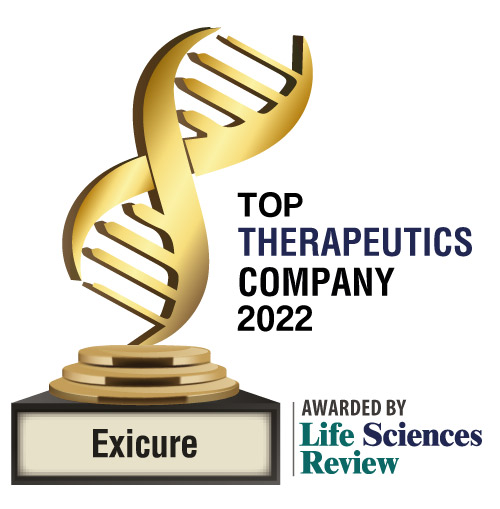 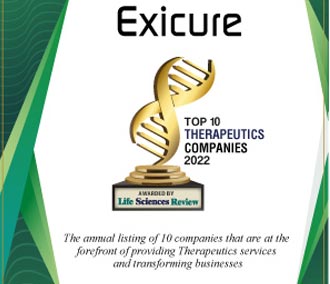