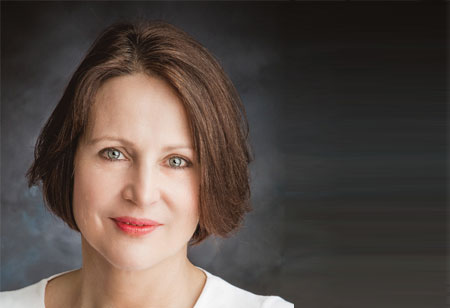 Are Wearables and Sensors the Key to Disruptive Innovation in Clinical Trials - or Merely an Overhyped Distraction?

The existing clinical trial design is under increased scrutiny with lengthening trials , 9 out of 10 drug candidates failing and no new drugs available in some therapeutic areas such as Alzheimer’s disease in over 15 years . While there are a myriad of reasons, patient recruitment and retentionare seen as key factors. Data from some trials suggest that over 85 percent of trials face delays and 30 percent never even get off the ground because of a lack of volunteers .In addition, there is concern that the outcome assessments currently in use may not be sufficiently sensitive to therapeutic response.

Making trials more accessible and attractive to patients;reducing the need to travel to the sites, and developing assessments with the potential to be more responsive to change is an industry obsession. Although activity trackers have been used by the research community since the 1970s, the launch of Bluetooth enabled fitness trackers and digital platforms in the early 2000s helped drive the digital revolution. These devices havecaused considerable excitement in the industry and they are seen as having truly transformative potential. If one considers that a typical trial of 12-18 months has the potential to generate 9000 hours of data,but in a traditional trial only 50 hours of in-clinic assessmentsare captured. There are significant possibilities of identifying clinically responsive signals and unique biometric signatures in these real world continuous data streams generated by these devices.

But 10 years on what is the reality of the situation. The adoption of the accelerometer based fitness devices in drug development industry sponsored studies is still low with only 90 studies in Clinical Trials.gov detailing the use of these devices. In the early adoption phase, the mHealth technology was almost a distraction, and was the focus of the study rather than the clinical value, or patientsthemselves.There was a view among some in the industry that one could purchase a number of smartwatches, hand them out to subjects,and generate data that could be used to support a clinical endpoint.

Today the market has matured. There is a wide range of medical grade sensors and devices that can be used to capture a myriad of biometric data such as oximetry, heart rate, respiratory rate, and galvanic skin response.It is self-evident that a number of strategies need to be implemented in order to ensure the device selected is fit for purpose; has low patient burden, and generates the required clinical data. A number of industry led initiatives such as that led by ePRO Consortium , are striving to provide guidance around the evidence required to support the use of devices in a clinical trial.

Other initiatives are ongoing, focusing on standards and the approaches to identify the main barriers to implementation and ensure more mainstream use of devices and sensors in trials. There is still some concern regarding the response of the regulatory authorities, however the FDA have been proactive in response to mHealth devices and have set up a specific website dealing with connected medical devices, mobile apps, and software and have issued a number of guidance documents dealing with digital health.

As we move beyond the initial hype into the maximising value of the data we face new challenges. With the increasing availability of connected devices, we have the ability to create composite endpoints by combining data from multiple devices with subjective insights from ePRO. As we transition from a snapshot in clinic data capture to real-time continuous data capture,data storage and management needs increase exponentially. The data storage requirements for a traditional 200 patient study is estimated to be in the megabytes range compared to terabytes for a study that captures sub-second accelerometer data. Beyond the storage requirements,data needs to be readily accessed and analysed, ensuring data privacy and security compliance are in line with local legal requirements such as EU General Data Protection Regulation (GDPR). This presents new challenges and opportunities for those involved in global studies using mHealth technologies. Digital platforms such as Validic, Intel, and The Hyve facilitate the scaling of data capture and aggregation from multiple sensors. Similarly,cloud based platforms such as the Amazon WebServices (AWS) and Microsoft Azure are refining their services so that in addition to the storage and database options they are now offering machine learning and analytics tools.

It is clear that wearables and sensors are seen as key components in facilitating new trial design. This approach is gaining momentum in clinical trials design. However, the true value of wearables and sensors will emerge in the coming decade as their use is moving beyond mere hype to creating patient-centric trials and the earlier availability of new therapies improving the lives of patients.