Bruce Halpryn, CEOThe correct application of radiation therapy, surgery, and chemotherapy can push most cancers into remission. However, these therapies fail to address the toxic side effects, which point to the need to develop entirely new treatment options. Research has been ongoing for some time, and now Eikonoklastes Therapeutics, a preclinical stage biopharmaceutical company, has brought forth such a solution that does away with the side effects. The company’s proprietary, state-of-the-art immune conjugate technology helps neutralize multiple solid tumors, including triple-negative breast cancers, ovarian cancers, and malignant melanoma. With novel immunotherapies that target tissue factors—a cell surface receptor prevalent in specific pathological cells—Eikonoklastes Therapeutics is making a breakthrough in cancer treatment. “Currently, we are focusing on the treatment of triple-negative breast cancer, ovarian cancer, and malignant melanoma, mainly because of its lowest survival rates, mentions Bruce Halpryn, CEO of the company.

Although many pharmaceutical companies have successfully developed classic chemotherapeutic agents for cancer treatment, they are plagued with side effects due to the drug conjugate's toxicity. Eikonoklastes Therapeutics has developed a unique immune conjugate technology that targets tissue factors to treat solid tumors and other pathologic conditions. With it, Eikonoklastes Therapeutics expects to provide potency and selectivity with minimal side effects.

Eikonoklastes Therapeutic’s immunoconjugate technology was discovered by its scientific founder, Dr. Zhiwei Hu, who had licensed it from the Ohio State University. He had realized the ubiquitous nature of tissue factor while working at Yale many years earlier. In his research, he identified tissue factor as a common biomarker and therapeutic target on various cancer cells and various types of solid tumors.

Currently, we are focusing on the treatment of triple-negative breast cancer, ovarian cancer, and malignant melanoma, mainly because of its lowest survival rates

He then invented a Tissue Factor (TF) targeting immunoconjugate agent, L-ICON3 molecule consisting of factor seven at one end and a human FC fragment at its tail end. “Our immune conjugate technology leverages the innate immune system of human body to attack the tumor cells,” mentions Mark Dato, chief scientific officer at Eikonoklastes. Once the immunoconjugate finds tumor cells, it activates and compliments the natural killer cells and inhibits the tumor cells with minimal effects on normal tissues.As there is no cytolytic agents attached to the immuno fusion molecule, it prevents cell death and ensures safety. L-ICON3 immuno fusion molecules are specifically designed to overcome the shortcomings of its previous generation technology. These novel therapies are engineered to obtain maximum efficacy using targeted killing without a toxic payload. The immune conjugate is engineered with naturally high-affinity ligands for tissue factor. “This allows the compound to launch a three-pronged immune attack on tumor microenvironments,” says Halpryn. Tissue Factor is selectively expressed on oncology's three critical components: cancer cells, vascular endothelial cells or neovasculature, and cancer stem cells. This contradicts the typical way of attacking the cancer cells, vasculature, or stem cells. Considering severe medical conditions, including metastasis where stem cells can play a critical role in the therapy, the 3-pronged approach becomes crucial.

Currently, Eikonoklastes Therapeutics is in the preclinical stage, and they are ramping up their efforts to start a clinical trial. Meanwhile, the company verifies its compound’s efficacy on other solid tumors, including melanoma and ovarian cancer. Eikonoklastes Therapeutics is led by visionary leaders who bring a sustained record of successful drug development in multibillion-dollar pharmaceutical companies and early-stage biotech ventures. Both Dato and Harplyn gained extensive experience in drug development while working at P&G Pharmaceuticals. Moreover, Harplyn was also the former director of new drug development at P&G Pharmaceuticals. Sam Lee, the company’s chief business officer, plays a pivotal role in guiding the company steadily down the path to future growth. With their combined leadership and technological prowess, Eikonoklastes Therapeutics is well on its way to revolutionize cancer treatment. 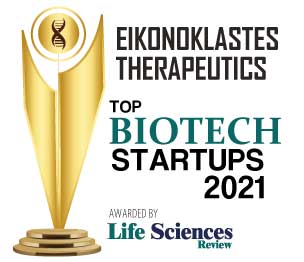 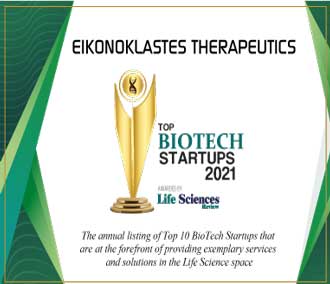