Eric Stoffers, Founder and CEOWe are featuring many promising startups in this issue of Life Sciences Review, but can only select one as “Startup of the Year.” That’s always a tough challenge for our editorial board. But this year’s choice is a company well known in the biotechnology community for its pioneering research and by noted athletes and celebrities for effective treatment results.

Meet BioXcellerator, a biotechnology startup that’s rapidly gaining a global reputation as a leading stem cell research center and treatment clinic. Based on innovations at the cutting edge of life sciences and regenerative medicine that was impossible to envision even a few years ago, BioXcellerator helps patients who suffer from a wide range of diseases, disorders, and injuries.

While many companies provide stem cell therapy to treat patients with spine and disc disorders, brain injuries, autoimmune diseases, and other conditions, patients who choose BioXcellerator for treatment must travel to its clinic in Medellin, Columbia. That’s a long journey. So, what sets BioXcellerator apart from other stem cell clinics?

More Effective Stem Cell Therapies are Not Available in the U.S.

According to BioXcellerator’s CEO, Eric Stoffers, he simply cannot execute on his bold vision for the future of medicine in the U.S. “Our research clearly shows that the most effective stem cell therapy protocols are those the FDA will not allow,” he explains. “But I want to provide the best possible treatment available, so we’re forced to operate outside the U.S.”

“That choice is clear because the therapies we offer not only help treat diseases and injuries, but can also delay aging,” he adds. “That’s why I say it won’t be long before age 100 becomes the ‘new 60.’”

BioXcellerator’s proprietary treatment protocols are based on a specific type of stem cell: mesenchymal stem cells from Wharton’s Jelly harvested from donated umbilical cords. “These cells demonstrate remarkable potential for

exceptional results,” Stoffers says. “But we do not stop there. Through our protocol, we eliminate diseased cells, screen for specific proteins and genes that identify high potency, then reproduce only those cells into infusions of millions of high-potency cells we call ‘Golden Cells.’”

As word spreads about the anti-aging potential and other benefits of stem cell therapy, more well-known athletes are taking advantage of these treatments.

One BioXcellerator patient is Bobby Lashley—a 45-year-old professional wrestler who recently won a WWE championship match against younger contenders and credits stem cell therapy as one reason for his victory. And another patient, Kamaru Usman, defended his title as UFC Welterweight Champion back in April.

Stoffers is quick to point out that the company also treats others who are not famous fighters, but are fighting more personal battles. For example, Dustin Bunch, a firefighter with a young family had been paralyzed from the neck down after a devastating accident. “Dustin could not move his arms or legs and was confined to an electric wheelchair. His doctors said that he would never improve, but after stem cell treatment, he can now move his arms and has regained some leg movement,” Stoffers says. “These are the cases that touch our hearts the most. To help a father do something most of us take for granted—holding their children in their arms—makes our work fulfilling.”

The company is also focused on treating chronic traumatic encephalopathy (CTE) because as Stoffers explains, “Many veterans and athletes who are diagnosed with post-traumatic stress disorder (PTSD) may actually be suffering from a physical brain injury that stem cell therapy can help treat.”

Stoffers says that while the science behind stem cell therapy seems complex, it is all based on one simple premise: “The body knows how to heal itself. Stem cells are the body’s natural ‘repair team,’ which is why our work and our results reflect the future of medicine.” 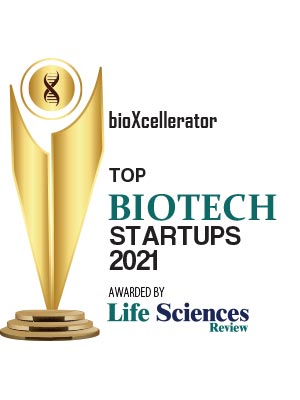 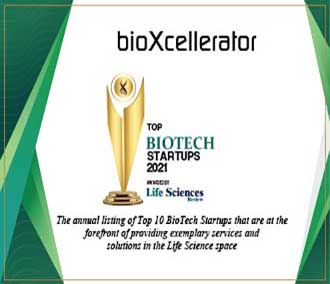