An Insight into What Genome is US FDA Award VICO with Therapeutics... The Impact of AI and ML in Genomics What Does the Genetic Testing... Human Genomics Projections for the... 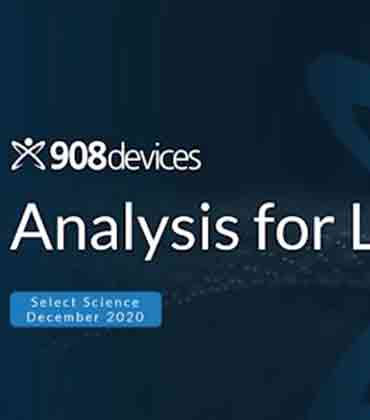 An Insight into What Genome is

US FDA Award VICO with Therapeutics...

The Impact of AI and ML in Genomics

What Does the Genetic Testing...

Human Genomics Projections for the... Advances in genotyping technologies have yielded several studies concerning the relationships between the genome and an extensive range of traits.

FREMONT, CA: Genome-wide association studies have found several disease-susceptibility genes. As knowledge of gene-disease connections accumulates, it is increasingly becoming essential to translate this knowledge into clinical practice. This hurdle involves finding effective drug targets and estimating their side effects, which often results in promising clinical trials' failure. Here is a review of recent advances and future perspectives in genetics-led drug discovery, focusing on drug repurposing and the use of multifaceted omics data.

Despite the drastic effort and substantial resources dedicated to biomedical research, only some promising academic discoveries have resulted in new treatments. Such a gap between research and clinical practice is a hurdle for the whole field of biomedical research and is often referred to as the valley of death. One of the reasons for this gap is the biological differences between humans and other model organisms.

Validation in other organisms, like mice, does not necessarily mean that the outcomes will be replicated in humans. Investigating the effect of human genetic variation on phenotypes can offer insight into pathophysiology in the human body, which will result in the discovery of true drug targets.

One effective method for improving clinical practice is drug repurposing. Drug repurposing is a method for finding new indications for existing approved drugs or drugs in clinical trials. If the drug's safety has been confirmed in early-stage clinical trials for its original intention, repurposing existing drugs needs less cost for testing the safety than developing and deploying novel drugs. The data on disease-susceptibility genes for drug repurposing has been exploited. The use of existing drug classification systems is a promising method to systematically assess gene–drug associations for several diseases.

Given the requirement for novel drug development, prioritizing genes as therapeutic targets is a decisive step. These leading studies demonstrate that insight into disease-susceptibility genes is a potential resource for more efficient drug discovery. The coupling of other biological data is also vital to drug discovery.

How to Approach Success with Evolving AI Regulatory Environment How Innovative AI Trends Can Reshape the Biotechnology Industry Things Biotechnology Can Offer to the World