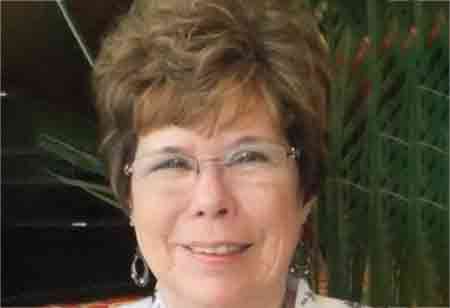 I started as a Central Supply/Sterile Processing Technician in 1979 at one of only two hospitals in our city. The requirements of the position, at that time, were to send a few supplies to the OR; not nearly the volume of supplies we send today. We had a bedpan/ urinal washer.

In our hospital, we had an in-house linen department. One of our primary responsibilities was to make linen packs and sterilize them, including surgical linen and physician gowns. We rolled the linen, checked for holes, and then assembled basic packs, specialty packs, and drapes.

Surgery washed and assembled all of the instrument sets leaving our department the task of wrapping (linen wrap) and sterilizing them.

All of our medical equipment (I.V. Pumps) had to be picked up and brought to the SPD department for cleaning and storage. We made daily rounds and took note of the inventory, manually on paper, on each nursing unit.

In the early 80s SPD Technicians began to assume a more active role in instrument assembly. Our hospital started a heart program and the SPD department was going to be responsible for processing instruments for these procedures.

In 1981 I was the first SPD Technician to become certified in Joplin, Missouri. I took an accelerated course (two weeks) in Tulsa, Oklahoma.

In 1983, I assumed a supervisory role in the SPD department at another local hospital.

The ETO (Ethylene Oxide) sterilizer was vented out into the department. I convinced the administration that it was not acceptable. There are and were numerous requirements for ETO sterilization that no one understood back then. I explained that ETO was carcinogenic. There was not a proper washer. I held firm about not cleaning the instruments in SPD unless they purchased one, which they did.

By this time we had stopped using linen to wrap and had stopped processing linen packs. Suppliers had introduced disposable wrap and more innovative supplies. The primary responsibility for SPD was processing instruments and durable medical equipment. The SPD/CS area had split into separate departments; we were no longer cross-trained in both departments. ETO was eliminated and in 1994 we purchased the first Hydrogen Peroxide sterilizer. This was an exciting time.

My Director found great value in education and created an educator position. The educator trained all new employees for SPD/CS. She created our orientation curriculum, conducted all educational events, and was instrumental in the development of our electronic log for sterilization which replaced paper logs. It is a known fact that training has become key in our industry. A poorly trained technician can have an adverse effect on patient outcomes.

Five years ago the departments split and SPD was reassigned to the Operating Room under the Director of Perioperative Services. Following is a list of some of the changes over the past 20 years.

Electronic Sterilization Log: An IT Research and Development representative and I created the program. We were able to place features in the log that tracked biological testing and created mandatory fields to prevent human error. We were able to create inventory sheets, add photos, generate reports for our accreditation agency, and maintain electronic archives. We continue to use this program today but will move to an updated system to track instruments to a specific patient.

Biological Testing: Advances in technology have brought about shorter biological processing times for quicker readouts and faster turnaround times for critical instrument sets, such as those containing implants.

Mandatory Certification: We worked for several years to require certification for our employees. We paid for the course and testing and rewarded our employees with a pay increase upon completion. We did this to ensure the employees had a basic understanding and knowledge of reprocessing medical devices.

This is a profession that has a direct impact on patient care. Over the last 30 years there has been a rapid expansion in surgical procedures that require complex instrumentation, as well as sterilization, and they require a much higher level of knowledge to competently clean and process than the basic general instruments we processed in the past.

Improved Communication: Through a committee including staff from SPD and OR, we worked to improve communication and relationships. We aired grievances, solved problems, and eventually saw much improvement between the two.

Consigned/Loaner Instrumentation: We have seen over time the use of consigned or loaner instruments. This has been an increase in productivity as the services offered today are much more complex than they were 30 years ago.

Creation of FEDS (Freeman Equipment Delivery Service): In 2010 we created FEDS to better manage moveable medical equipment. We now spend approximately $50k in equipment rental each year as we have worked diligently to better manage equipment and now own 95 percent or more.

Preceptors: We have preceptors for all new employees, after their 120-day orientation they are given the CRCST manual and workbook to study for certification test.

Expansion: We now have many instruments processed for outside clinics and physicians’ offices. This has increased over time to eliminate improper cleaning and processing of instruments in offices.

Surgery Cases: We have gone from 15-20 surgery case days to 40-60 case days in the same sized area. We have long outgrown our respective areas. In the past year we have cleaned and sterilized approximately 140,000 instrument sets:

The role of a CS/SPD technician has drastically changed over the past 30 years. The technician needs to be able to think critically, understand instructions for use, and know best practice standards. There is more loaner equipment, chemicals, biological testing, complex instruments, and surgical supplies. Different types of sterilization and cycles for some of the complex instruments can also be a challenge if you are not up-to-date on industry requirements. Initial and ongoing education is crucial. There is high turnover and low wages. Because of the demands in this profession, there needs to be greater recognition of the importance of the CS/SPD professional by the administration and the changes in technology that require on-going education.